KUALA LUMPUR: Slash, the pioneering member of Guns ‘n’ Roses and one of hard rock’s finest guitarists is set to rock Malaysia for the first time in August.

He will perform at Surf Beach, Sunway Lagoon in Selangor on August 5. 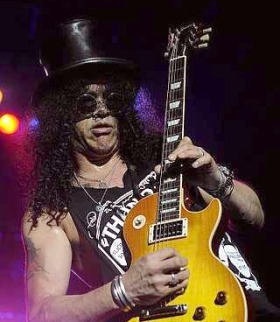 Apart from Malaysia, Slash will be playing Hong Kong, Singapore and Japan for his Asian tour.

For a celebrated rock star that has such an illustrious past, Slash has confirmed he will perform a mix of his new solo material, Guns ‘n’ Roses and Velvet Revolver songs.

The Slash concert is presented by local community airline Firefly, which is making its entry into the concert scene.