SUBANG - Today Firefly celebrated its 7th anniversary at Skypark International Airport with the theme being Seven Magnificent Years. To mark the occasion, Firefly recently launched its new tagline Beyond Convenience to reflect its services and operations that ensure enjoyable and reliable travel experiences.

In conjunction with its anniversary, Firefly has launched yet another amazing flight promotion. This promotion will start with an all-in return price of RM 77 to all of Firefly's exciting domestic destinations, which include leisure hotspots such as Langkawi, Penang, Johor and Kelantan. Tickets are up for sale only for a 3 day period starting 7am on 2 April to 7pm on 4 April 2014. A total of 200,000 seats are up for grabs for the period of travel from 16 April 2014 and 28 March 2015. In tandem with this promotion, Firefly will run an exciting t-shirt and cupcake design contest. Contest winners will walk away with a travel voucher and a myriad of other prizes.

Commenting on the anniversary celebration, Firefly's CEO, Ignatius Ong, said "It is a tremendously exciting time for Firefly, and I am deeply honoured to be part of such a milestone celebration. I would like to take this opportunity to humbly express my appreciation to our 800 employees, partners and most importantly, our passengers who have been with us on our magnificent 7 year journey. Without their unwavering support and dedication, we would not be here today." 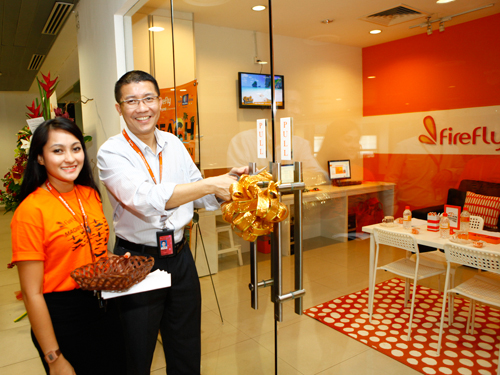 He added, "The past 7 years has been instrumental in the growth of small to medium size businesses in Sultan Abdul Aziz Shah Airport as well as new tourism markets in Selangor, connecting us to the rest of the ASEAN region, thus contributing to the state's social and economic development."

Latest initiative by the airline is an upgrade of its current Biz Zone made available for its corporate clients. Apart from this, passengers are also entitled to get discount on their meals if they flash their boarding passes at Circle-K from April to June and Oldtown White Coffee from May to July. However today, Oldtown White Coffee is giving out free coffee to 300 lucky Firefly passengers. Circle-K on the other hand is giving out free coffee to 77 other lucky passengers from 7am to 7pm for 7 days starting from today.

Through this smart partnership, Firefly, Circle-K and Oldtown White Coffee will collaborate to provide Firefly passengers the option to pre-book meals and flight tickets together by mid this year. The meals will only be served on-ground at each respective outlet. 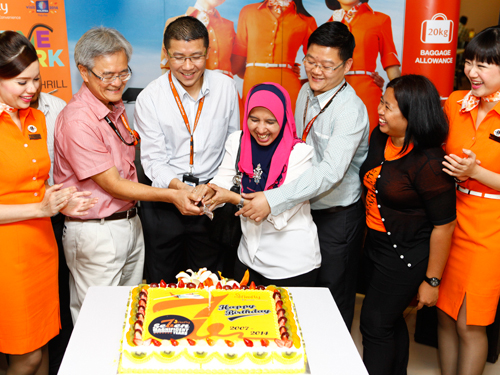 Firefly has also been supporting a good cause throughout this anniversary year, namely, Connecting Communities Programme, a joint project with the Malaysian AIDS Foundation (MAF). It is a crowd-funding campaign by way of the Firefly online booking webpage which gives its customers the opportunity to donate one ringgit per purchase of flight ticket. The aim is to raise proceeds over three months, from Feb 2014 to May 2014, for communities served by MAF, particularly underprivileged women and children living with HIV. Other smart partnerships include collaborating with Institute Jantung Negara (IJN) with the aim to support the country's medical tourism.

In 2013, the airline turned its focus to enhancing its brand presence to the Malaysian public as well as further improving customer experience. The airline introduced its new cabin crew uniform, a face-lift to its website and branding their main hub Skypark as its very own. Firefly also saw implementation of self-check-in kiosks, a new inflight magazine Fireflyz, enabled passengers to accrue and redeem Enrich miles. In early 2014, the airline introduced a new multi-currency pricing feature FXmicropay for their international passengers. The short-haul airline is operating flights from Subang and Penang to cover 13 exotic destinations in 4 countries across the region. Its first flight took off from Penang to Langkawi on April 2007.

In the first year of operation, Firefly carried 130, 000 passengers. This annual figure has now grown to 2 million in 2013 with almost 9 million passengers carried over the past 7 years. Since its inception, the airline has established a strong foothold in the aviation industry making it the pioneer in short-haul within the region.