THE Terminal 3 at the Sultan Abdul Aziz Shah Airport at Subang has been given a RM40mil facelift and renamed the Skypark Subang Terminal.

Compared with its previous rundown state after the main airport shifted its operations to the KL International Airport in Sepang, the upgraded terminal now has a friendly environment with a more pleasing ambience. 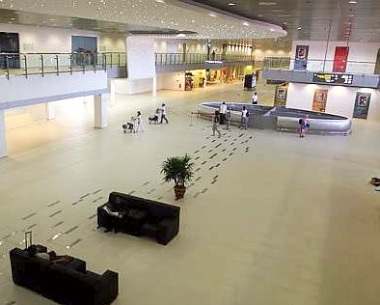 Instead of rows of plastic chairs typically found in airport terminals, there are leather sofas dotting the centre of the terminal, giving it a classy cosy look.

"We also provide high speed WiFi services and Samsung LCD TV sets around the terminal so that passengers and patrons will be entertained," Ravindran said.

He said passengers would be spoilt for choice for both retail and F&B services, with a choice of international and local cuisine available.

Two banks have already set up operations at the terminal and a spa is in the works.

Ravindran said passengers could look forward to limousine, taxi and coach services at the terminal. 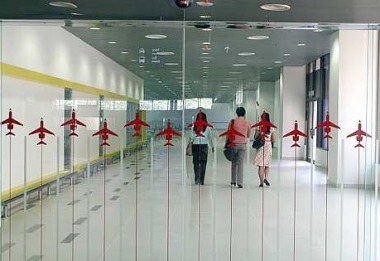 New look: Most parts of the terminal has been refurbished, like this walkway leading to the departure hall.

"This will provide them with options in travelling out from the airport. For now, we have the normal taxi counter," he said.

With proper signboards and directories installed at strategic places, passengers and patrons will find it easier to get around the terminal.

"Once the exterior renovation is completed, passengers can expect a more systematic traffic movement as the check-in counters will be the first they see when they are departing from the terminal," Ravindran said. 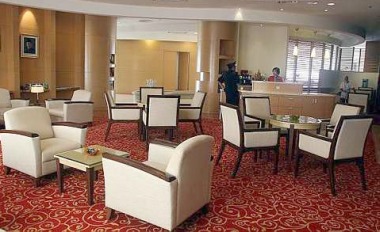 Welcoming: There is a cosy lounge to greet the corporate and private jet travellers at the Fixed Base Operations facility.

The interior is almost completed while the exterior refurbishments are due to be completed by June.

"By then, we will have proper drop-off lanes for passengers, valet services and more for the comfort of patrons,"Ravindran said.

He said the terminal was not a budget terminal as perceived by many people but an international terminal catering for community airlines such as FireFly and Berjaya Airways.

"With the community airlines expanding their business and their routes, we are expecting some 1.5 million passenger traffic for the year," Ravindran said. 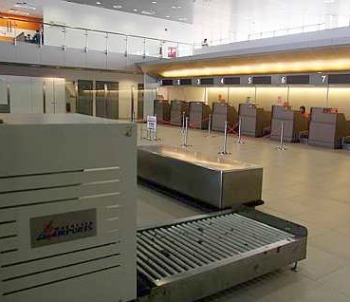 For convenience: The Skypark Subang Terminal has new check-in counters for Firefly and Berjaya Air passengers.

With the wider range of retail and F&B outlets, the Subang Skypark is also positioning itself as a shopping and eating destination for people working and staying in the area.

"Those working in the area now have another option for lunch and even the residents have something new to look forward to during the weekend. This transformation of the terminal will also regain Subang's prominence and long established name on the global aviation map," Ravindran said.

The terminal also boasts of a Fixed Base Operation (FBO) facility called the Skypark FBO Malaysia.

Besides the FBO, there is also a Regional Aviation Centre and Skypark has allocated 30 acres of land to house this comprehensive hangarage facility which will include a hub for maintenance, repair and overhaul and aircraft parking. 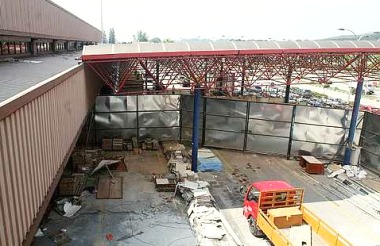 Work in progress: The facelift to the exterior of the terminal is still being carried out.

The car park opposite the terminal has been cleaned up and has more than 350 parking bays for of passengers and patrons.

"We have a 24-hour secure parking system. Security cameras are placed around the parking vicinity for safety and more lights have been installed," Ravindran said.

There are also plans for a commercial building where the car park is located.

"The commercial nexus is in the concept design stage and we are now finalising planning details.

"We see the commercial nexus as something exciting that we have in store for the passengers and residents in the vicinity.

"We are looking at a 15-month time period for the completion of the commercial nexus," Ravindran said.