The portal was launched by Tourism Minister Datuk Seri Dr Ng Yen Yen in a simple ceremony witnessed by media representatives from the Gulf countries.

"Firefly Holiday which blends 1Malaysia elements is ideal for global travellers. It offers convenience from the time of booking to the point of arrival at the preferred destinations," she said after the launch. 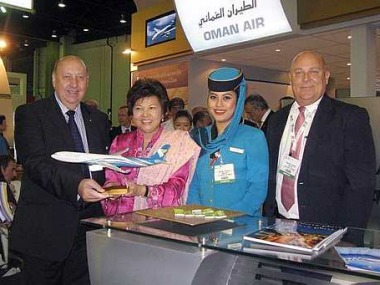 Since its inception in April 2008, Firefly Holiday, a subsidiary of Malaysia Airlines, has evolved from offering only Malaysian and regional packages to more than 100 destinations worldwide.

In a related development, MAS Holidays is offering "1Malaysia Summer Specials" packages which start from as low as 2,446 dirhams (RM2,350) per person, inclusive of return economy class travel on MAS, four-day and three-night accommodation and daily breakfast.

Malaysia Airlines' regional general manager for West Asia, Africa and South America, Merina Abu Tahir said holidaymakers now had a wide array of destinations to choose from for their holiday in Malaysia, ranging from shopping in Kuala Lumpur to the serene beaches of Penang and Langkawi, as well as eco-tourism in Sabah and Sarawak.

"For a wholesome experience of these destinations, customers can also choose from more than 55 optional tours available from as low as 41 dirhams (RM38) per person," she added.