Subang, 30 August 2013: Malaysia Airlines, via its subsidiaries Firefly and MASwings, today joined the whole Nation in celebrating the Merdeka spirit with the launch of its Cabin Crew Integration Programme aimed at strengthening the role of the Group in advocating national integration.

This colourful programme will feature 10 Firefly cabin crew from Peninsular Malaysia fly alongside MASwings crew on flights around Sabah and Sarawak, and vice versa.

Group CEO of Malaysia Airlines, Ahmad Jauhari Yahya expressed his delight at initiating the Programme that will be made an annual event beginning this year. 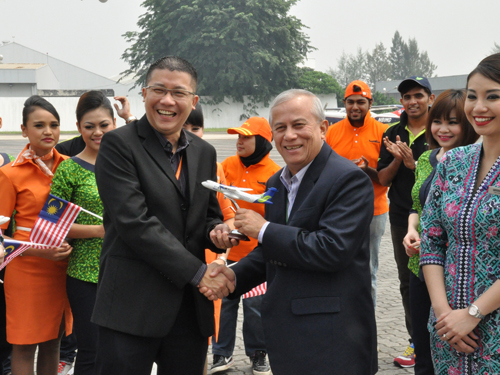 "This Integration Programme will be carried out for two weeks starting from 30 August to 16 September 2013, and we intend to do this every year as part of celebrating National Day and Malaysia Day."

"The Cabin Crew Integration Programme also shows our strength as Malaysia Airlines Group in which there is strong cooperation and solid support for each other."

Speaking at the launch of the Integration Programme at Skypark today, MASwings Chief Executive Officer Datuk Captain Mohd Nawawi Hj Awang said, "We are glad to be able to bring about a programme especially during the Merdeka and Malaysia Day celebrations that fits well with the National agenda of further enhancing national integration. The exchange of our cabin crew is an opportunity to expose our staff to different cultures and diversity within the states of Malaysia. 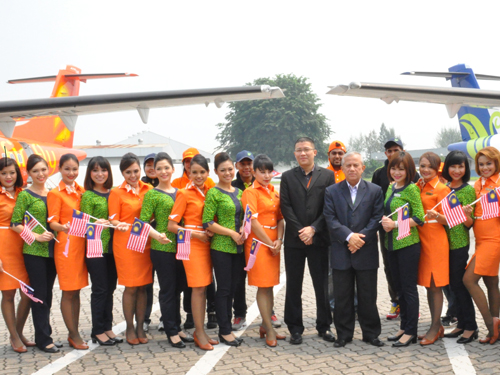 Echoing the sentiment is Firefly's CEO, Ignatius Ong, who added, "This is not only a great branding exercise for both airlines but it also creates synergy amongst the Malaysia Airlines Group of airlines and strengthens a harmonious workforce. Through the programme, MASwings and Firefly will be able to support one another operationally in the future."

Prior to the exchange, the 20 cabin crew involved in the integration programme undertook a training to understand the differences in operations and services of respective carriers. MASwings' aircrafts are equipped with LED drop down screens which are used to demonstrate the in-flight safety video and to showcase destination offerings from Sabah and Sarawak. MASwings offer both Business and Economy class for its travelling public which is different from the Firefly mono class module. 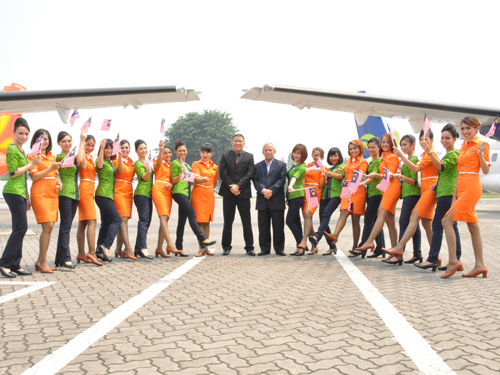