Both FY502 and FY602 bound for Kota Kinabalu and Kuching respectively are the very first official Firefly flights out of KLIA, marking a bold new chapter in the short but successful history of the company. However, the official celebrations to introduce the Kuala Lumpur-Kota Kinabalu route, however, will be held a week later on the 24 January 2011.

Flight FY602 took off for Kuching as scheduled at 7.20am with almost a full load that included members of digital and print media, guests and celebrities. FY602 arrived as scheduled at 9.05am to a rousing welcome and was bestowed the privilege of being the first commercial flight arriving at Kuching International Airport to receive the traditional aviation industry welcome, a water spraying guard-of-honour, upon touchdown. 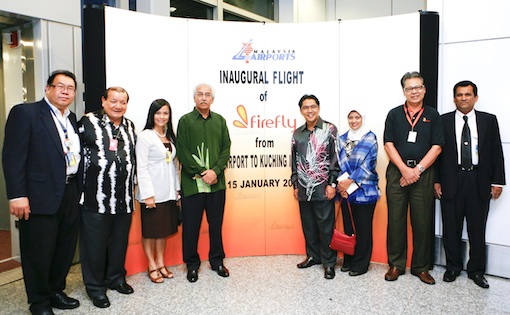 To celebrate the inaugural Boeing 737-800 flights, Firefly has printed special edition postcards and stamps to be handed out to passengers on-board, as mementoes of Firefly’s first commercial flights into Kuching and Kota Kinabalu. 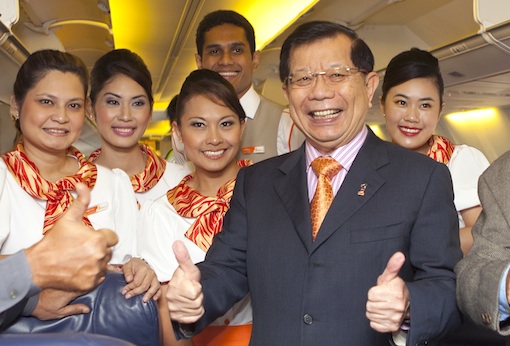 According to Ms Angelina Corrina Fernandez, Firefly’s Head of Marketing & Communications, Firefly is ready and eager to give the mass market a taste of the Firefly hospitality that their ATR-72 passengers are already familiar with. “Since Firefly began operations more than three years ago, business and leisure travellers alike have enjoyed flying onboard our ATR aircraft across the region. Now, with the introduction of the new fleet of Boeing 737-800 aircraft, which is part of the company’s growth programme, we’re able to fly higher and further than the existing fleet thus allowing us to expand our network to East Malaysia.”

“Firefly’s customers will be able to enjoy the same level of booking convenience, comfort and superior service at low fares on the Boeing 737-800 aircraft. These low fares signify our commitment to better serve the community and provide discerning travellers with greater choice and incredible value for money.” 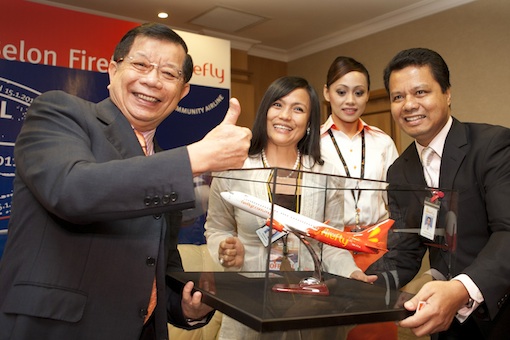 Fernandez explains how Firefly is able to offer such low fares: “By having the lowest operating cost compared with other airlines we are able to offer such incredible value. This is achieved by leveraging on our parent company Malaysia Airlines’ experience, infrastructure and core services such as ground operations and MRO (Maintenance, Repair and Overhaul) while the financial strengths and credit facilities enjoyed by MAS also brings benefits to Firefly. All the savings in operating costs derived from these benefits are passed back directly to the customer in the form of the lowest fares.” 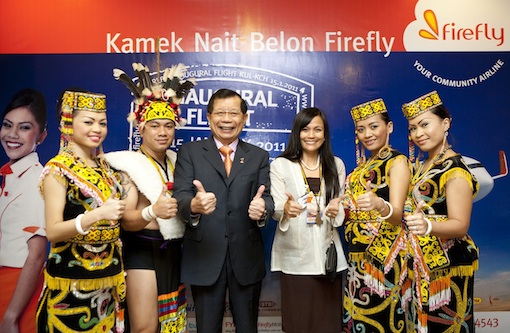 We will also continue to work closely with travel agents to ensure more travellers get the opportunity to experience incredible value with Firefly. In 2010, Firefly flew 1.35 million passengers and it is projected to fly three million passengers in 2011 with the introduction of the Boeing 737-800 fleet together with an increase in the ATR fleet to 10 aircraft.