"We make money from all our domestic routes, they are exceptionally profitable. 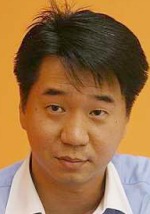 Eddy Leong - We are a good alternative given our location.

"As for our international sector, it is seasonable traffic and some routes have their own geopolitical issues but by and large, we can sustain the operations," he told StarBiz.

He did not give any figures as Firefly is a wholly-owned unit of Malaysia Airlines (MAS), which is expected to announce its first-quarter results tomorrow.

Firefly flies to 16 destinations currently. Of these, nine are domestic and seven international.

The carrier, which operates using the turboprops, has a load factor of 72%, despite the challenging times airlines are facing due to lack of demand for air travel and the A (H1N1) virus scare.

This airline will add five new routes to its network soon. On July 1, it will begin mounting flights from Subang Skypark to Singapore, followed by Ipoh-Singapore by July 12, then Kuala Terengganu-Singapore, Kuantan-Singapore and finally, Malacca-Singapore.

Today, the airline will announce details of its expansion into Singapore, including fares and flight timings. It is learnt that fares may be from RM88 one-way, even for its Ipoh-Singapore sector.

Expansion aside, Leong said more importantly, it was about providing connectivity from the secondary points in the country to Singapore, whose Changi Airport is a known transit hub in this region.

"(Connecting to) Singapore is to complement our network. It used to be a lucrative route because capacity was controlled but now, airlines are dropping fares and we would be happy to break even for the Subang-Singapore route.

"We are also not expanding aggressively like other airlines as we want to provide just enough flights to serve the people. We want to be commuting people and facilitating trade and development to benefit the states in which we operate," he said.

The fare from RM88 for one-way travel to Singapore includes 20kg of baggage, a snack on board and assigned seating.

"We are a good alternative, given our location, and passengers pay less in taxi fare to go to Subang SkyPark instead of the Low-Cost Carrier Terminal or KL International Airport.