GEORGE TOWN: The Star Education Fair 2009 in Penang made history by attracting the largest number of visitors in its nine-year history. 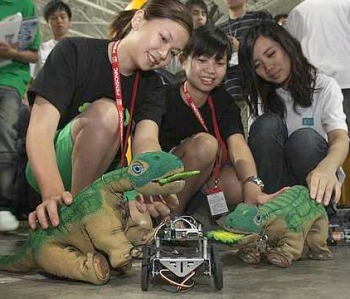 "On Saturday, we allowed the visitors in at 10.50am, which was 10 minutes earlier than scheduled. There were already some 200 people outside the Penang International Sports Arena (Pisa) venue waiting to get in," he said.

Yesterday, he said the number of early birds double that on Saturday.

The Star Education Fund scholarship booth was popular among students and parents who wanted to find out more about the RM11.1mil worth of scholarships which were up for grabs.

SPM student May Tan, 17, and her friend Simon Felix, 20, who were at the fair yesterday, said they considered themselves "last minute" visitors. 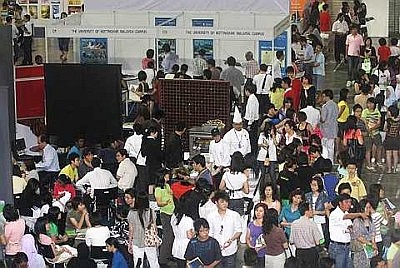 Crowd puller: A huge number of visitors checking out the programmes offered by the colleges at the education fair yesterday.

"We usually come on the first day because it is less crowded.

But now we have to wait in line and jostle with the huge crowd because the colleges we are eyeing are the more popular ones," Tan said.

Firefly sales supervisor Naslinda Nasbah said a lot of visitors were excited to see the budget airlines' booths which were set up at the fair.

"They were very eager to find out about our special Star Education Fair rates and we are just as delighted to be here," she said.

Celcom (M) Bhd northern region marketing head Akryl Azam Arudin said some 100 out of 5,000 'University of X (UOX)' student packages were given away within the first hour of the fair's opening.

Among the prizes which await the visitors were 50 Firefly flight tickets and 3-day-2-night stays at Parkroyal Hotel Penang.

Philips electrical appliances including a hi-fi set and DVD and MP3 players were also up for grabs for the lucky winners.